Team
About
Investment Criteria
From The CEO
Investor Relations
Contact 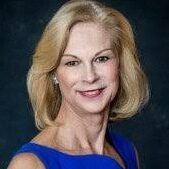 Christie Hefner serves as a Director. Ms. Hefner has served as Chairman of the Board of Hatch Beauty Brands, which offers both beauty and wellness incubation, since 2014. Previously, she served in a variety of executive positions with Playboy Enterprises, serving as the longest tenured female public company CEO. She was widely credited with developing and leading the execution of strategies that repositioned the company from its legacy domestic magazine business to a global multi-media and lifestyle company and building its institutional shareholder base. Ms. Hefner has been a Trustee of Rush University Medical Center since 1993 and former Chairman of the CORE Center from 1995-2002, a national model for the integrated treatment of people with HIV AIDS and other infectious diseases. Ms. Hefner was the former Executive Chairman of Canyon Ranch Enterprises from 2009-2015. Ms. Hefner holds a B.A. in English and American Literature from Brandeis University.